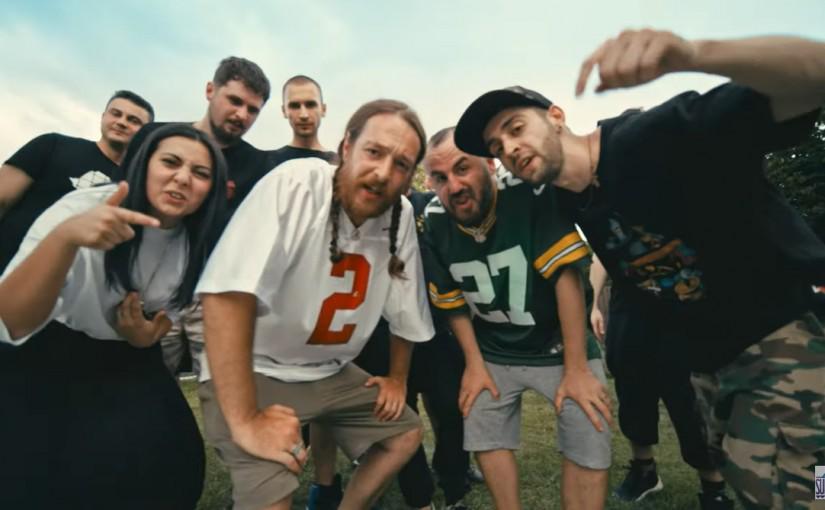 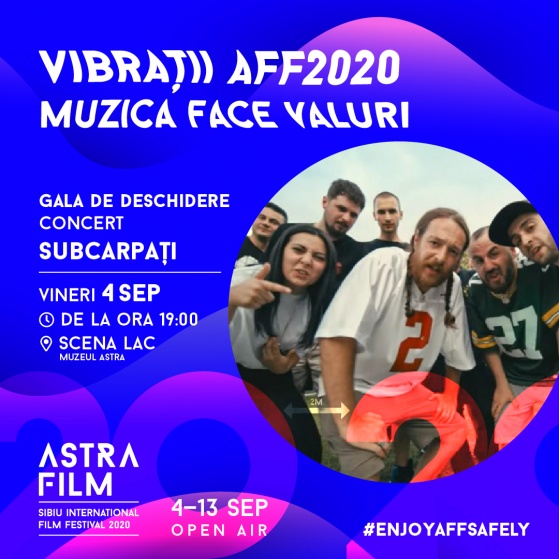 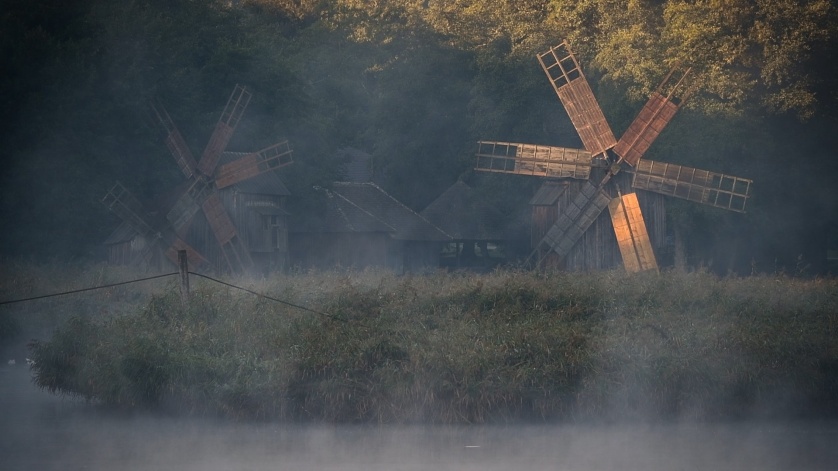 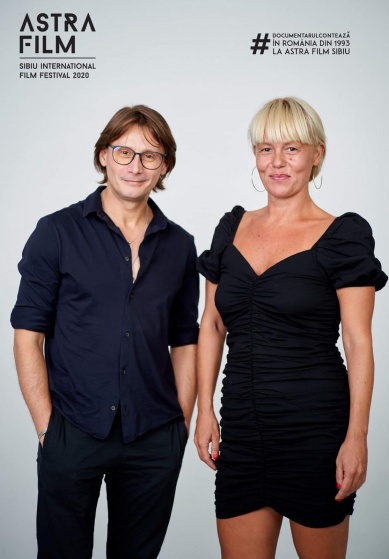 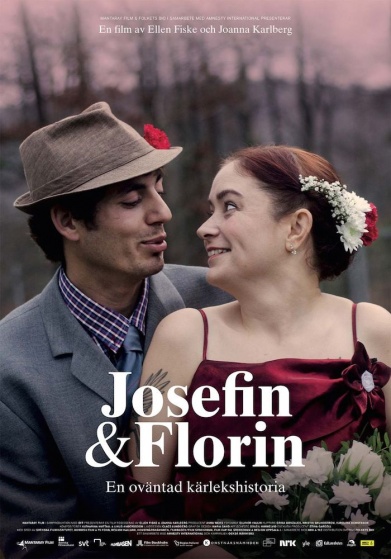 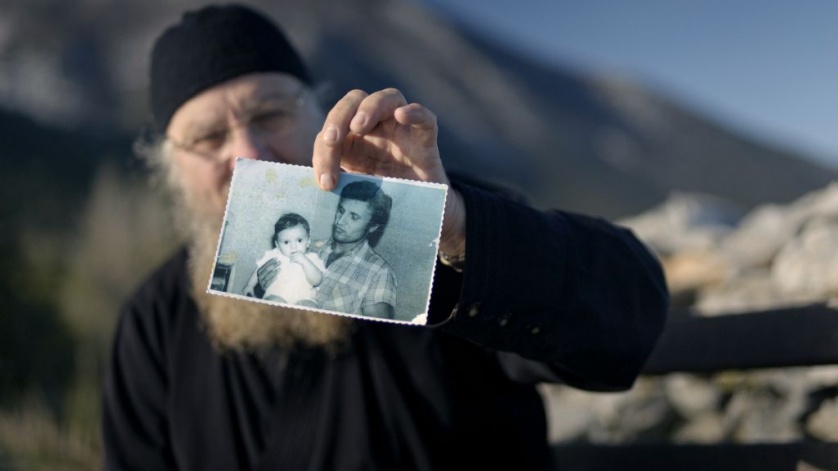 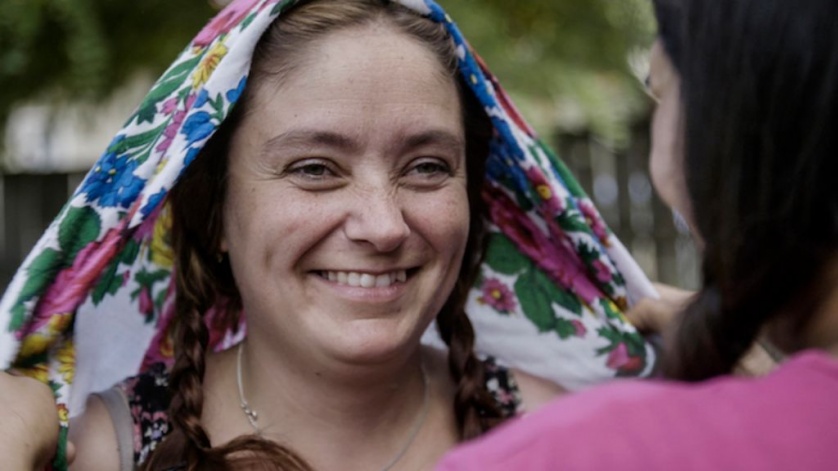 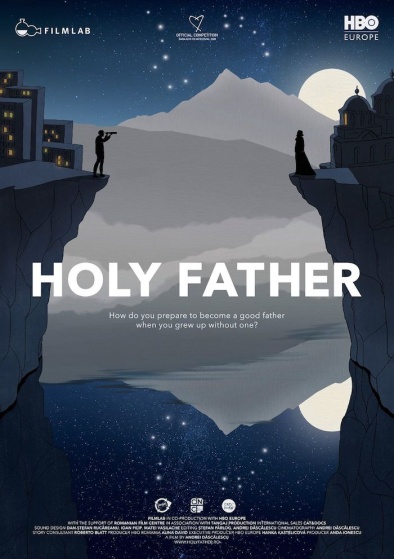 #8/
Astra Film Festival 2020 offers his viewers six world premieres („Tamas Barta -Hurry, Mom’s Waiting at Home” by Eszter Hajdu –Hungary-Portugal, 2020; „Half Elf” by Jon Bjarki Magnússon, Iceland, 2020; "Burgan-I Did Not Breathe the Air for Nothing” by DucoTellegen, Netherlands- Romania, 2019; "All rivers flow into the sea and the sea never fills", by Claudiu Mitcu- Romania, 2020; "Death...full stop or comma?” by Călin Terțan, Corina Terțan – Romania, 2020; "Reflections in the East", by Andreea Cristina Borțun- Romania, 2020),

The film is running foran Oscar nomination at 2021 Oscars, and in 2018 received the Best Project Awardat the DocumentaryTank at Astra Film Festival 2018.

WHAT WILL BE NEXT, MAN OR TECHNOLOGY?As usual, the films proposed by Astra Film Festival challenge viewers to ask themselves essential questions and find unexpected answers.The production "Caught in the Net” (by Barbora Chalupová, Vít Klusák) is a foray into the dark world of online pedophiles, and in "The Conflagration of Social Networks" (David Fontseca Romanos) we try to find out how much civic mobilization depends on social networks?

"Please Hold the Line", Pavel Cuzuioc's film, asks a question that talks about a reality that we may not perceive enough: with so many communication tools, aren't we trapped in a modern Tower of Babel? And the thrilling conclusion comes from "iHuman" (Tonje Hessen Schei): first we create technology, then technology recreates us.

A famous photographer suffers from severe anorexia and explores this deadly disease in images ("Self Portrait” by Espen Wallin, Katja Høgset and Margreth Olin) and Jola escapes from a nightmare marriage and struggles to reinvent herself at 69 years-old ("Lessons of

Love” by Malgorzata Goliszewska and Kasia Mateja). Maybe adultery is boring or maybe not, but betrayal is definitely interesting, isn't it? ("Talking About Adultery” by Bára Jíchová Tyson). In "Songs of Repression" by Marianne Hougen-Moraga and Estephan Wagner, survivors of a Chilean sect commemorate 45 years of abuse and life on the brink of slavery, and at the age of 100, a lighthouse keeper prepares his funeral in "Half Elf", by Jón Bjarki Magnússon.The rock band Locomotiv GT bassist's emotional story, who fled to America from communist Hungary, is reconstructed from audio tapes („Tamás Barta -Hurry, Mom’s Waiting at Home” by Eszter Hajdu).

And last but not least, the many years investigation into the Amazon phenomenon, the largest corporation in the world of the world's richest man, Jeff Bezos, with a fortune of 200 billion dollars, led to the creation of the film "The World According to Amazon” (Adrien Pinon and Thomas Lafarge), also a national premiere in Sibiu. DON'T TURN YOUR BACK ON HISTORYIn 1968, László, a 14-year-old boy, violated the rules of the communist system,

and the punishment would be exemplary ("Stigmatized 1968", by Ágota Varga). In turn, Marek Edelman, leader of the Warsaw Ghetto Uprising of 1943, recalls love stories from the ghetto ("Marek Edelman ...And There Was Love in The Ghetto” by Jolanta Dylewska). In "Family Secrets" by Susanne Kovács we see a story about the shadows of the past, which never leave us, and in "Forget Me Not" (Sun Hee Engelstoft) we try to understand what causes a mother to give her child up for adoption.

RETRO AFF is a section that resumes five titles projected in previous editions of the festival, offering a brief image of the variety of documentary cinema from the Astra Film Festival brand selections. In "Story of Fatat", by Ibrahim Harb, a strong woman defies her destiny and does not let herself be defeated, in "Happily Ever After" (Tatjana Božic), a director visits her five ex-boyfriends to find out why all her love stories ended badly and the Romanian Claudiu

Crulic goes on hunger strike in a prison in Poland where he had been unjustly imprisoned  („Crulic - The Path to Beyond”, by Anca Damian).

How should a song on the radio sound like to make you travel the whole world to discover its origin? ("Song from The Forest” by Michael Obert). And what more fascinating story than the very way it is drawn through the mountains can, one of the most spectacular roads in the world, have? („Transalpina - The Road of Kings”, by Dumitru Budrala).MULTIMEDIA EXPO: FEMALE

IDENTITIES IN THE ROMANIAN SOUTHERN RURAL is an image and sound exploration diary, which describes the universe of victorious women from Teleorman, one of the poorest counties in Romania.

The photos, the video and sound installations bear witness to the intimate chronicles of women

who gained their freedom through courage.

BOOK RELEASE (with the participation of the poet Radu Vancu). In an open Europe, a Romanian is questioned about his ancestors and the specifics of his language, about Dracula, vampires and poverty. The paper "Transylvania, the Magazine of an Ideal”, by Mihali Nicoară, shows that the language and history of Romanians represent unique values ​​of culture and civilization.Gastro@ASTRA  is an appetizing project, made in collaboration with the International Institute of Gastronomy, Culture, Arts and Tourism, which brings to AFF 2020 the winning shortfilms from the Food Film Menu 2020 competition dedicated to the

presentation of European Gastronomic Regions.This program is hosted due to


Sibiu holding the title of European Gastronomy Region in 2019.The AFF 2020 screenings and events will take place in eight locations: Lake Scene, Country Fair, Between Windmills, Game Pavilion, Amphitheater and Old Houses (all inside Dumbrava Forest - Astra Museum), at the Flower Terrace - Cultural Center "Ion Besoiu" and in the Small Square in the historic center of Sibiu.

Tickets for AFF2020 are on sale online at https://www.astrafilm.ro/bilete-la-astra-film-festival-2020/ and at  https://eventbook.ro/festival/astra-film-festivaland will be available at AFF cashiers as follows:

Starting Friday, September 4, they will be available at the entrance to the Astra Museum (16 Pădurea Dumbrava Street), and starting Saturday, September 5, in Piața Mică no. 11 (at the entrance of the Astra Film headquarters) and at the Ion Besoiu Cultural Center (1-3 E. Cioran Street)- only for movies scheduled at the Flower Terrace.The Astra Film Festival On Air schedule, here: astrafilm.ro/program-2020/

Festival presentation film: https://youtu.be/w9J64oQxIC0Astra Film Festival 2020 is organized by Astra Film, CNM Astra and Astra Film Foundation, with the support of Sibiu County Council, the Ministry of Culture and National Identity, the National Center of Cinematography, the Consulate of the Federal Republic of Germany in Sibiu and the Union of Filmmakers.The event is co-financed by the Sibiu Local Council through the City Hall of Sibiu and by the European Union through the Creative Europe Program. Astra Film Festival is under the High Patronage of the President of Romania.