VIDEOFrom Syria to Bulgaria – Part II: “Now, I am a teacher in Sofia” Taking advantage of work opportunities in Bulgaria: the true story of a Syrian refugee.

Elias now lives in Sofia, the capital city of Bulgaria – a country that when it first greeted him was not at all prepared to receive and care for him and the many others like him.

Today, he lives in the center of Sofia together with his wife and child. He works for an IT company that has contracts with many companies from the Arab world, and he teaches Arabic languages at the State University in Sofia.

When he can make room in his schedule, he volunteers to help those who nowadays – just like him a few years back – roam across the streets of Sofia with only their backpacks, running from the police, sleeping were they can, waiting for a chance to make another step towards the rich countries of the West, where they can make a living.

Video - Part II - THE UNCOUNTRIED : Now, a teacher in Sofia

Reporter: What was your destination?

Elias: Actually, my destination was not Bulgaria, it was… I was thinking to go to Germany, or to Sweden, or to some country where I could have better opportunities. Why I stayed in Bulgaria? I came here and the situation was really bad. We were in a camp, which had really bad conditions.

Reporter: When was this?

"OK, I speak different languages. Let’s help others who do not speak any languages. I started to help the other refugees…”

Reporter: You came illegally in Bulgaria…

Elias: Yes, of course, there is no other way… No legal way… I told you, we don’t have passports. The only way to come to Europe is illegally. There were no legal ways to come.

I started to think. OK, I speak different languages. Let’s help others who do not speak any languages. I started to help the other refugees. After a week, I was teaching the kids in the camp, I was travelling with some groups just to give support to other refugees, in other camps - you know - outside Sofia and even in Sofia, and that’s how I met her in one of the camps (his wife).

Even right now, my boss at the company, the owner of the company, is one of the supporters of the refugees. I met him in one camp, outside of Sofia.

"But here, working in these companies, you get better chances because they offer better money."

Reporter: He was also a volunteer?

Elias: Yes. After that, after a couple of months, he started to contact me: "Hey, Elias… Let’s… We’re developing programmes (IT), you can help us."

Reporter: He is an IT entrepreneur?

The situation is changing here. Maybe the camps do not need the same help as they did at the beginning. I thought that it was time to give something back to this country that protected me, at least. And a friend of mine - among the volunteers I met a professor from the university - invited me once to go there and to have contact with the students there. I just started to speak to them. They liked me, they offered me to work with them at the University, as I am native, so…

Reporter: Do you mean to teach them?

Elias: Yes, I am a lecturer in Arabic languages. They knew that I had a good experience in teaching. I taught in Cuba, at the University of Havana, for four years. I like to be a professor, actually. It’s more than IT, than an outsourcing company or this kind of job. But here, working in these companies, you get better chances because they offer better money. And the University… Actually, I’m doing it like a volunteer, because they are not giving good money there. At least, I’m doing this for Bulgarians - not for the government – the people who helped at the beginning.

Elias: I told you. I don’t want to blame the government, because the situation in the camps is better now than it was at the beginning. When we came in the first wave, we were 10.000. It was a big number for a small country like Bulgaria, a poor country. All the refugees, educated refugees, they go to Germany, or to other countries because of this.

"I think that work - getting a good job - is the easiest way to integrate in any society."

Reporter: You’re saying this although you are well integrated. You have two jobs, you have a family…

Elias: Yes, I have my family here.

Reporter: You still say that.

Elias: Yes, exactly, because I told you - I was not thinking to stay here, but destiny made me stay here, maybe to meet my wife.

Reporter: You met your wife here. Is she a Bulgarian?

Elias: She is half Bulgarian-half Syrian.

One of the reasons for which I remained here is that I saw that there were opportunities to stay and get a good job. Other refugees, they don’t even know that there are opportunities here. The language barrier is sometimes really hard. If one does not speak different languages, it’s harder for them to integrate. I think that work - getting a good job - is the easiest way to integrate in any society.

Reporter: Do you speak Bulgarian now?

Elias: (Laughing) Actually, no. This is… Shame on me.

Reporter: Do you plan to return to Syria at some point?

Reporter: Not a Bulgarian yet?

Elias: Not a Bulgarian yet. Because it’s different. You know, there are like… I’ve never had this feeling that I’m a foreigner. It’s like I am the same person, I am the same guy, but when I speak in Arabic, they feel like "hmm, these Arab guys." But if I speak in Spanish, they start laughing with me, something like "OK, you are welcome here…"

Reporter: How do you explain this?

Elias: It is the propaganda that some media are doing. Not only here, in Bulgaria, I think that in many countries there is a malicious propaganda. They want to show the refugees as being evil, bad people that must not come to Europe.

See the first part of the story: VIDEO-INTERVIEW "From Syria to Bulgaria – Part I: Escaping death" 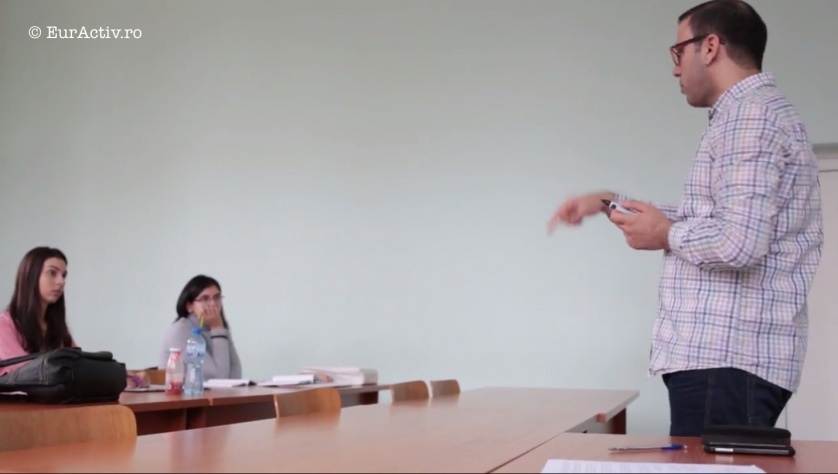 In front of his students, at the State University of Sofia 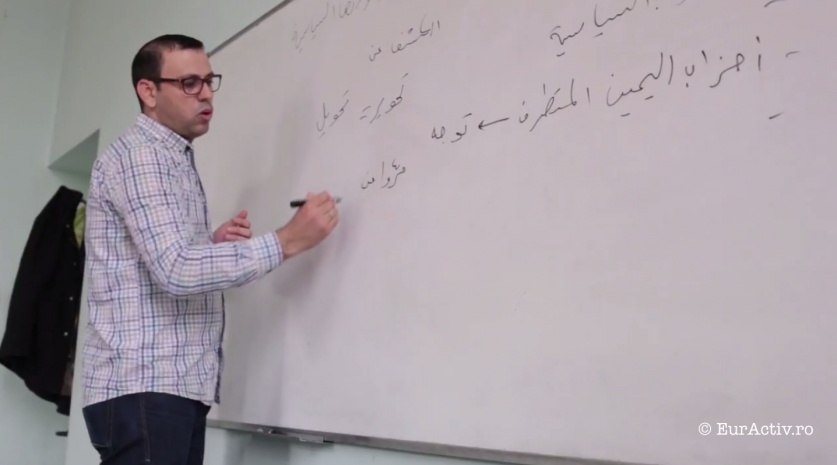 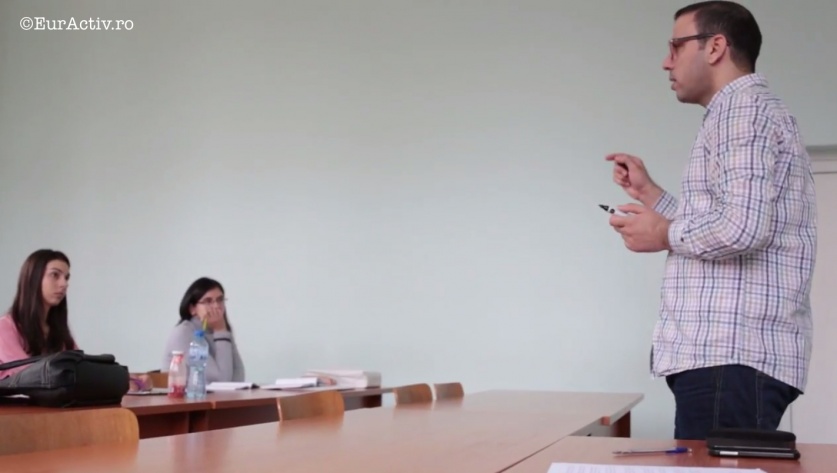 Talking to his students 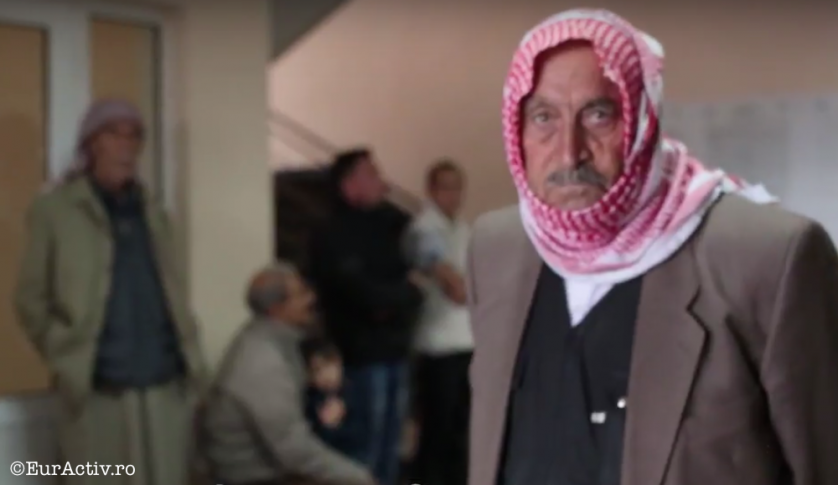 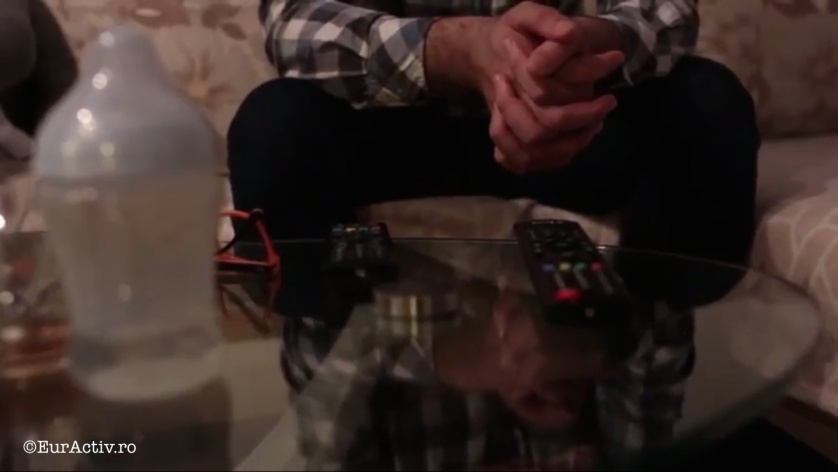