VIDEO / INTERVIURefugee, pastry cook in Giurgiu: ”Romania chose me. I do not want to go to the West”. One brother escaped to Turkey, and two others to Lebanon, Mahmoud being the only one to reach Europe. He arrived in a camp in Greece, where he filled in some documents in order to continue his studies. Back home, he used to study English.

Mahmoud, together with other Syrians went looking for a peaceful part of the world, without bombs, without heads cut off and with no rules that are difficult to understand.

To be a refugee in another country means to these people to continuously fear what tomorrow brings in a place where nothing is familiar. For those who have fled the bombs the only positive thing is that they have found a peaceful country. The luckier ones have also found a job.

Mahmoud's family is spread across different countries. Some are in Lebanon, others are in Turkey. Only he has arrived in Europe. He barely reached Greece and was found by the police. He spent nearly a year in a refugee camp, but Romania has offered him a home and a job. He is joined by other four Syrians, each with an unenviable story to tell.

The selection mechanism brought them in Romania. A company gave them a job at a bakery. They are grateful for everything they received at Giurgiu and they would not leave Romania for any other country in Western Europe.

Their boss says she has not encountered, for decades, more reliable, more diligent and more punctual employees than the five Syrians who now prepare candies for Romanians.

Mahmoud says that all Romanians are very kind, but he is most grateful to Florentina Tincu, the representative of the Jesuit Refugee Service (JRS), who handles dozens of refugees that have reached the Regional Centre for Accommodation and Procedures for Asylum Seekers in Giurgiu. It is very difficult for the refugees to find employment due to the language barrier. But Mahmoud and his friends have showed that nothing is that hard. One needs to have willpower and a touch of luck.

”Part of my family remained in Damask, while another part stayed in Deir ez-Zor, my hometown.”

”I escaped alone. It was very difficult. One brother managed to go to Turkey and one sister and a brother arrived in Lebanon - because it is near Syria and it was easier for them. I am the only one in my family who has come to Europe.”

”I got from Syria to Turkey, then I travelled to Greece, where I spent 9 months. After that, I applied to continue my education. I waited for 3-4 months. Romania chose me.” (He was relocated in Romania.)

He wants a better job, but he is thankful for what he has right now.

”I learned English in Damascus, at the University. I hope to continue my studies next year - if it will be possible.”

”I do not want to forget JRS who have supported us and gave us everything. They are great people.”

”I want to find a better job, but I can continue work here as well”.

The owner of the sweetshop: I received them as if they were family

At the pastry, Mahmoud works with four other refugees, all Syrians. Each has his own drama and the ordeal encountered on the way to escape the inferno. One of them, for example, lost his entire family in Syria. He does not say anything. He keeps the pain inside.

"I am very pleased with them. They're very serious and hardworking people. Even though they do not speak Romanian, and we do not know Arabic, we communicate a little bit in English, a little bit through signs. I'm delighted and I think they are also excited to be here. I have received them as a family, they are very serious, they respect their program and they are very punctual", says Liliana Ciobanu, who has hired the group of Syrian refugees at her firm.

"I learned about the refugees from a friend who works in the local press and he told me that they are willing to work and they seek jobs. And I said «Why not? Let's try».”

”One evening, it was late, past 10:30, I saw that messages were constantly coming on my phone. It was hard to read, especially because they translated using Google. They had to leave to Bucharest the next day to do some medical tests at the Refugee Centre and they could not come to work. They explained the situation and apologized for not coming. They said they will work the next day and asked me not to get upset because it was not up to them. They were contacted in the evening. And I thought that no employee in the last 20 years has apologised that much for not being able to come to work. On the contrary, a local employee would most likely forget to tell the reason for not coming ", said Ciobanu.

Florentina Tincu – JRS: The State should support those who employ refugees

"This is our mission, to introduce them, to facilitate meetings with economic operators, with institutions that can help them and here we speak of the Municipality, the Department of Social Welfare, the Department of Finance - the House of Health Insurance, where we also have had problems, but we have received support as well."

"We're trying to help them, to integrate them, which also means providing them with access to employment, to health insurance, to education. We are also trying to include the refugees in the category of those who need legislative aid to find a job. I am referring to certain facilities for economic operators who would be more tempted to undertake commitments if they were exempted from taxes, because everything is about money in the end."

Syrian refugee at his first job in Romania 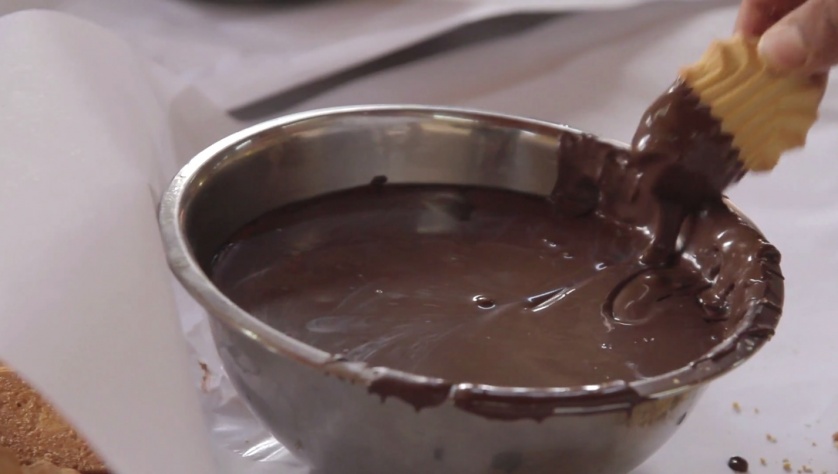 The refugees are willing to work and they seek jobs. 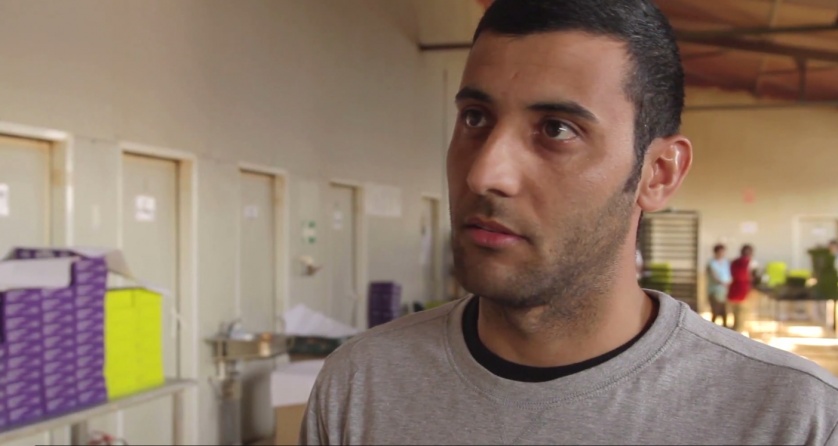 Mahmoud: "I am the only one in the family who has come to Europe." 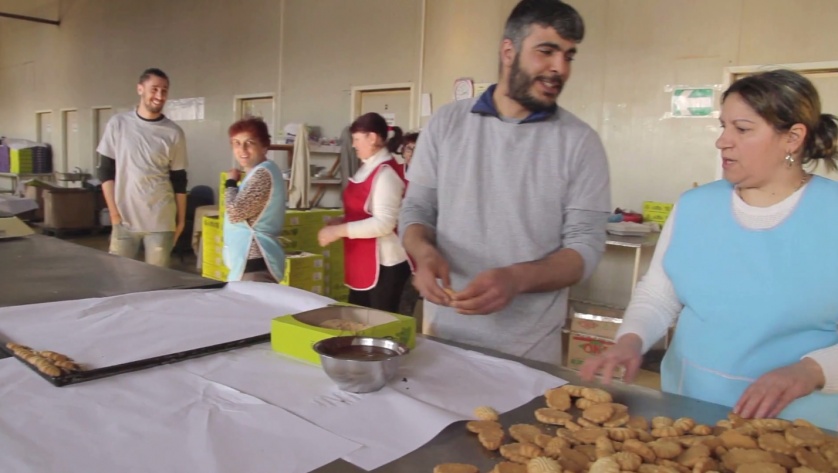 "Syria used to be a safe country, but after the conflcit, after the war, everything has changed." (Mahmoud) 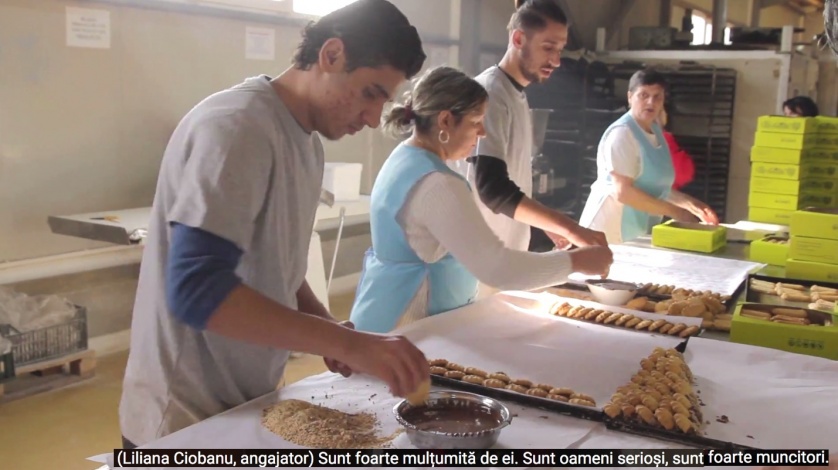 "Everything was destroyed" (Mahmoud) 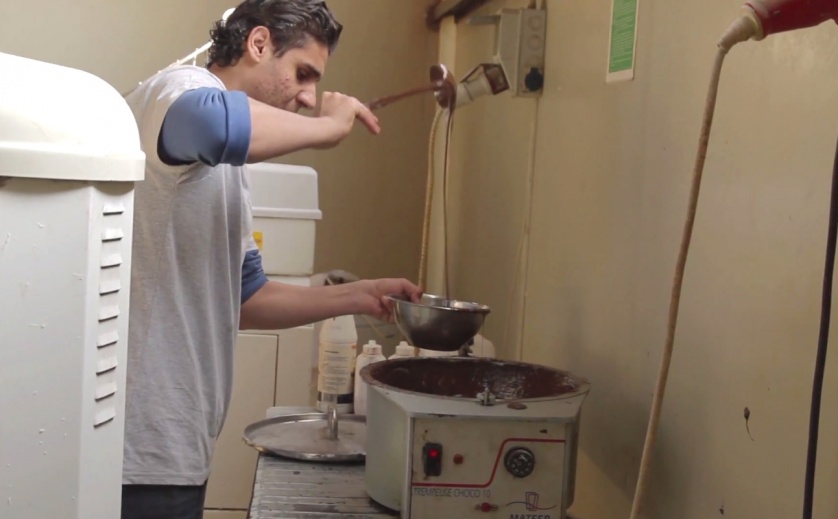 "This is why we chose to leave this country, to escape" (Mahmoud) 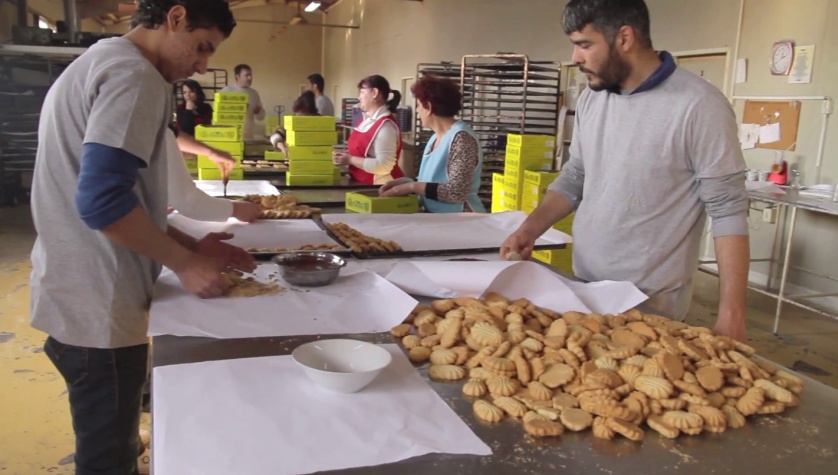 "to go and live outside and search for a safe country". (Mahmoud) 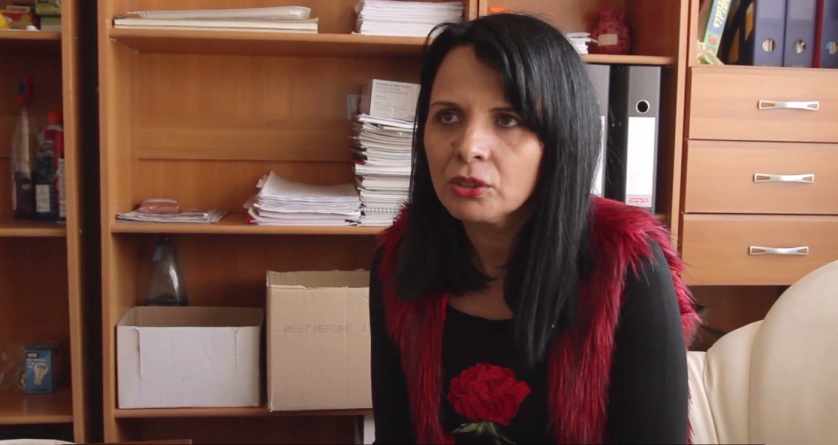 Liliana Ciobanu, employer: "I am very pleased with them. They are serious and hardworking people." 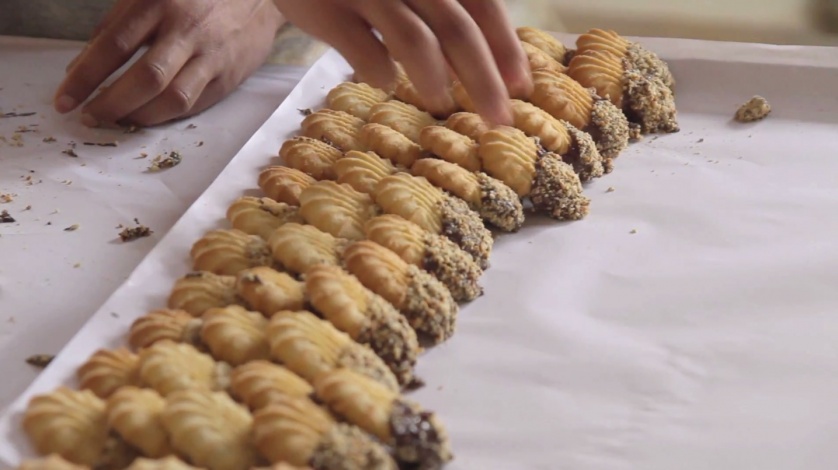 Liliana Ciobanu learned about the refugees and their will to work from a friend working for the local media. 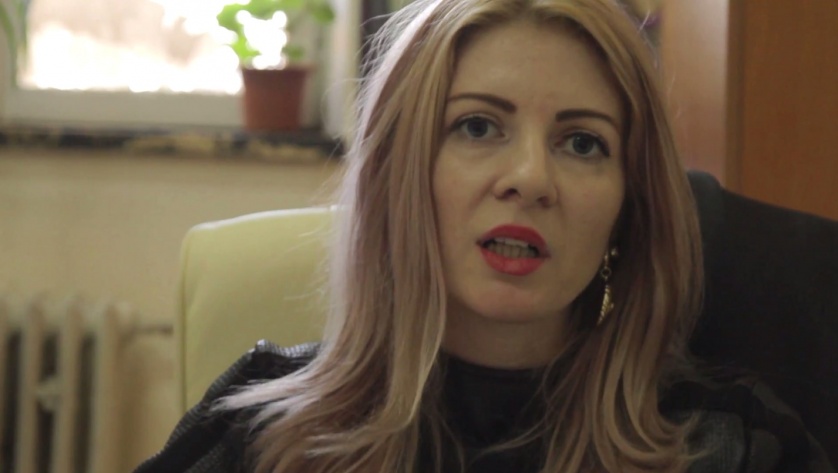 Florentina Tincu, JRS Romania, Giurgiu: "It is hard. It is hard to find jobs, because there are communication barriers" 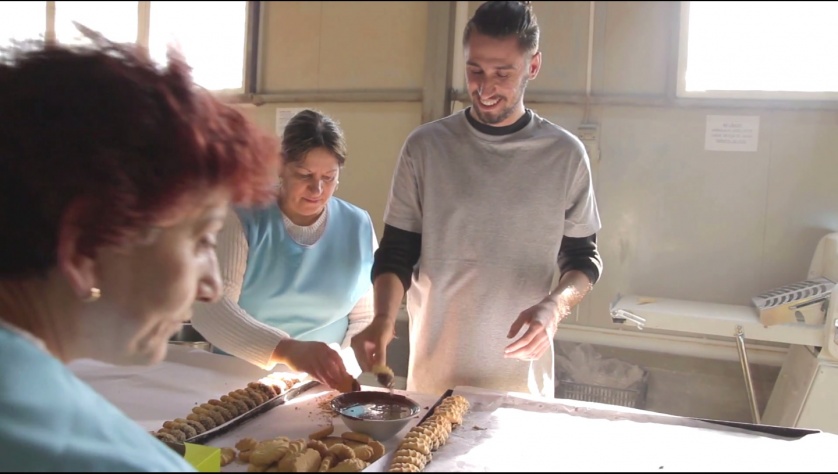 From Syria to Turkey and then in Greece. 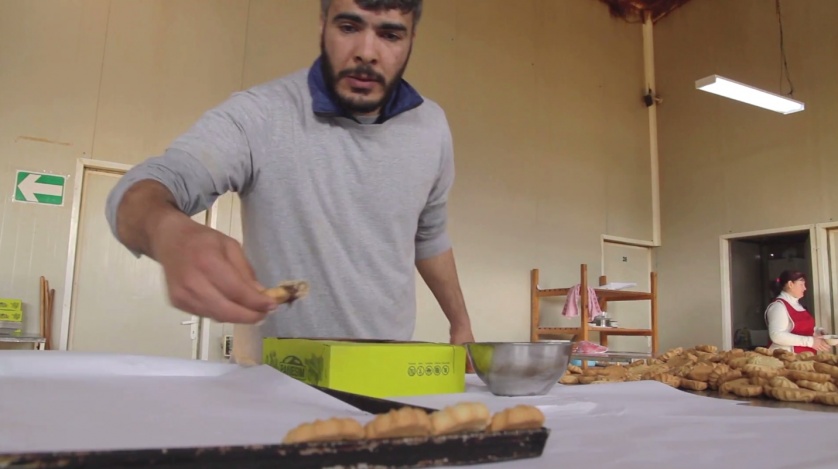 The refugees from Panesim started to learn the Romanian language. They like to live in Romania. 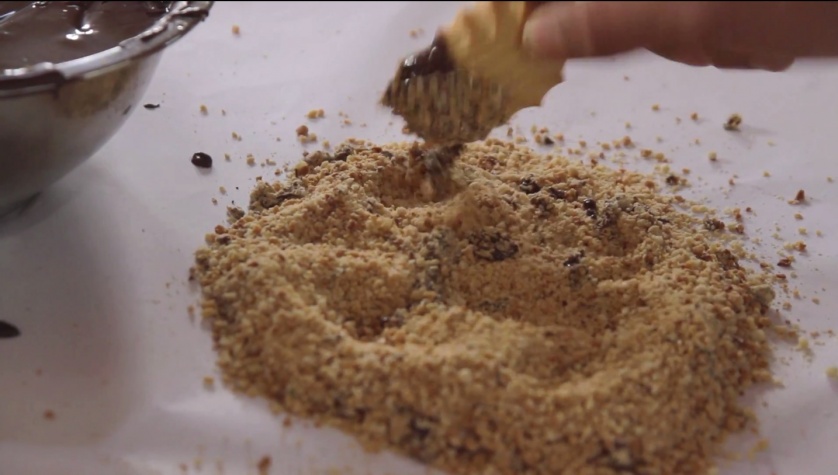 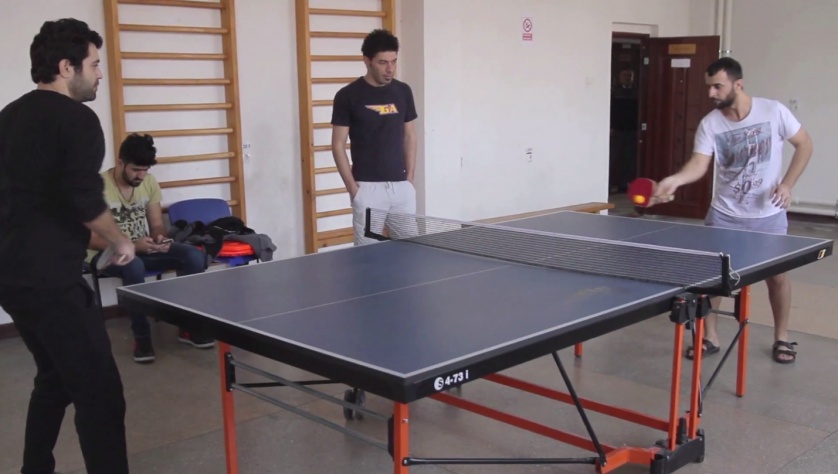 "I don't want to go to Western Europe, I do not want to leave Romania." (Mahmoud)" Syrian refugee in Romania: Terrorists banned chemistry and biology because they are from the devil