VIDEO / INTERVIUSyrian refugee in Romania: Terrorists banned chemistry and biology because they are from the devil They were part of the intellectual class of Syria. They came in Romania looking for safety/Foto: EurActiv.ro

In the recent years, the Syrian community in Romania has increased due to the conflicts in their country. They like Romania, they have their school here, but they wish to eventually return home.

We met some of them at the Tichrin Arabic School. The people here came from Syria, some of them years ago, others just recently. They are professors and teach the Arab children English, mathematics, Romanian language, chemistry, physics and other disciplines.

They did not come locked in a truck, they did not cross the sea in an inflatable boat along with dozens of other people. Still, the ones that came, in the recent years, had the same reason for which tens of thousands risk their lives on the road: the conflict in Syria.

They are part of the intellectual class of Syria. At home, they had everything they needed, they had a status. Even if they support the Bashar al-Assad regime, the consequences of the conflict are the same for them. The siege of ISIS and the absurd rules they had to obey forced them to leave. Romania has become a second home for them.

At the school principal's office, up on the wall, lies an image of Bashar al-Assad, the President of Syria – considered by the Western world a dictator who kills his people in cold blood just to remain in power. Here however, those who support him think of him as a humble man, dedicated only to his people.

They remember what they went through in Syria, the way they lost their relatives or how they cheated death by choosing to leave. Still, they hope that the conflicts will end and that they will be able to return home. Until then, they have found a purpose in Romania.

”My husband is a dentist. He has studied in Romania 20 years ago. When armed groups occupied the area where we lived, we thought that the best idea would be to come here in Romania. At first, I didn’t want to leave and we waited more than we should have. I can still remember how my child used to put his fingers into his ears not to hear the gunshots around. He said «I do not want to die! I do not want to die! Why are the armed groups attacking?».”

”I remember something that affected me badly. One day, when I was taking my child to an exam, some masked men came before us «Why are you walking like that? Why are you dressed like that? Where are you going? Later you will not be able to do want you want anymore. We will be able to do anything.». Something like that… What is more, explosions were everywhere, all day and all night long. After that we came here.”

”We decided we should come to Romania because my husband had been here before, and we could come legally.”

”I am not sure if there is an intact wall left of our house.”

”We left everything in Syria. My husband had a factory, a medical cabinet. We believe that if Syria will become peaceful again, we will surely return there. In Syria, in our country, people are peaceful. It is very strange what happened there.”

”In Romania, I work as an English teacher at Arabic School.”

”I know nothing of what is happening back home. The whole family left from there.”

Darin Salman, the daughter of the school manager

”I just returned from Syria a week ago. There are entire areas destroyed, where the terrorists are located. I lived in Romania. My parents came many years ago. I went to school here, I worked here, but I want to go back to Syria, to do something there too. I mean, I did something here and now I wanted to do something there as well.”

”I am born in Romania, but I seriously think of doing something in Syria, just like other young people, to implement in Syria everything that we have learned.”

Salman Assad, the manager of the Syrian Arabic School

”In Damascus, it was totally safe up until problems started to appear. The boutiques and stores were left open when their owners had to leave for somewhere. They used to put a chair in front of the door, and nobody entered. The stores remained open. Who would come to steal? Nobody would.”

”You stop your car, leave the window open, the car open… You have your bag there… I am not exaggerating. I am telling the truth, sir. You return to your car 2, 3, 4 hours later. It is perfect, as you left it. To be perfectly fair, something can happen, but it is 1 in 100 cases. That is normal. But in general, that is Syria.”

”For us, Romania is the second country. I am a Syrian, and now I'm also Romanian. I went to school here, and afterwards I returned to Syria, after my PhD. I came back to serve in the army. I did not run from the army. That is the truth. I came back. I served. I worked. Then, I returned here (to Romania) without planning to live here. I came and after a while I started to think that I want to help my child to learn. Darin was in the first grade. Her mother was in charge with education and she wanted to teach the children, so she did a class at home – a school at home. This is where the idea to create a school was born.”

”After the beginning of the conflict, Syrian refugees started to come to me. There were people that I already knew as well as people that I did not know. The most important thing for them was that their children were taught by us. It's impossible to help everybody. Some remained here, but most have gone further in Germany, Sweden. I pity these people, they lived well there. There is something sad since people came out of there empty-handed because of the terrorists. They set us back by a thousand years.”

”Romania has a long history with Syria. If Romanian considers Syria… It is logical… We are brothers. Romanians get along very well with Syrians. It is a great thing and that's why I like Romania so much.”

”If you would say to me « Got to Switzerland, the biggest villa, the biggest car, the largest salary…. Live there in Geneva or live here in Bucharest». Honestly, I prefer to leave here, pure and simple, without even thinking about it.”

The Romanian from Homs

”My father is Syrian. I am a Syrian and a Romanian as well. My mother is a Romanian. I was born in Romania. Then, in 1999, we went back to Syria. I stayed there until 2016. We had the possibility to come back to Romania anytime we wanted.”

In Homs, the bombings began in 2012. The city was freed from terrorists and placed again under the government rule.

”We held together. We fled to Damascus, where we stayed for a year. Afterwards, we returned home, but we did not manage to escape the danger. Our house was destroyed after two explosions and I could not take it anymore. I've lost my house and two cousins in the explosion. We came back to Romania temporarily. After everything is finished, I will go back to Homs, to the ruins that I left behind and rebuild our home.”

”After they occupy cities, villages, they impose all of their fantasies. What they are doing is not Islam, is not religion. There is no such thing in Islam. People have to dress in black from top to bottom. The Internet is forbidden. Men are not allowed to dress in jeans. This is not possible. At 8, everyone must go to sleep.”

”I teach chemistry. In Der Zor, for example, they banned chemistry for heresy. What does that mean, chemistry is heresy? The Islamic State, these terrorists banned chemistry because they said it is from the devil. Biology was banned as well. They say that trying to understand the science of creation meddles with the science of God… It should be prohibited. They banned biology and chemistry. They are not normal people. In reality, Islam encourages science, it is not against it, Islam encourages education. The Islamic State is not Islam. We are Muslims and we know that.”

Photogallery: A Syrian school in Bucharest 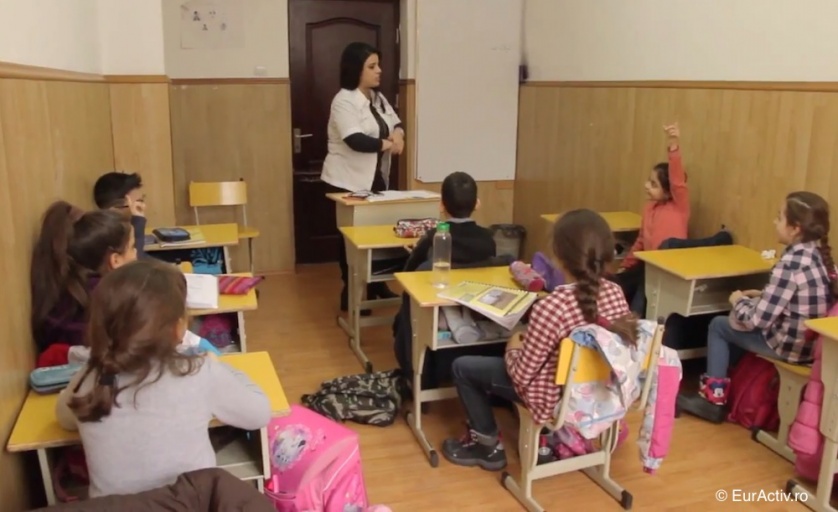 The Romanian from Homs 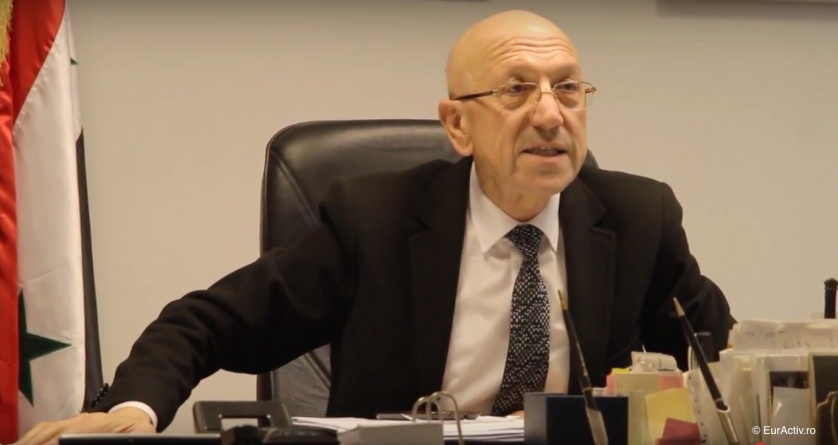 The school director talking about the importance of education 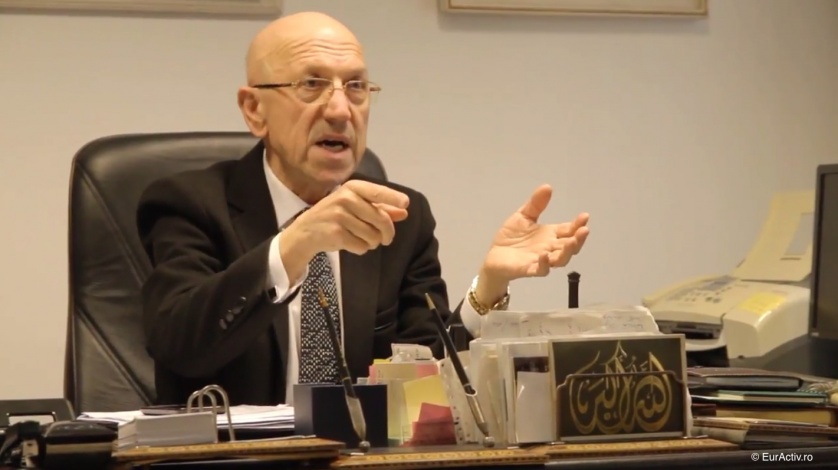 The school director prefers Romania to other Western countries 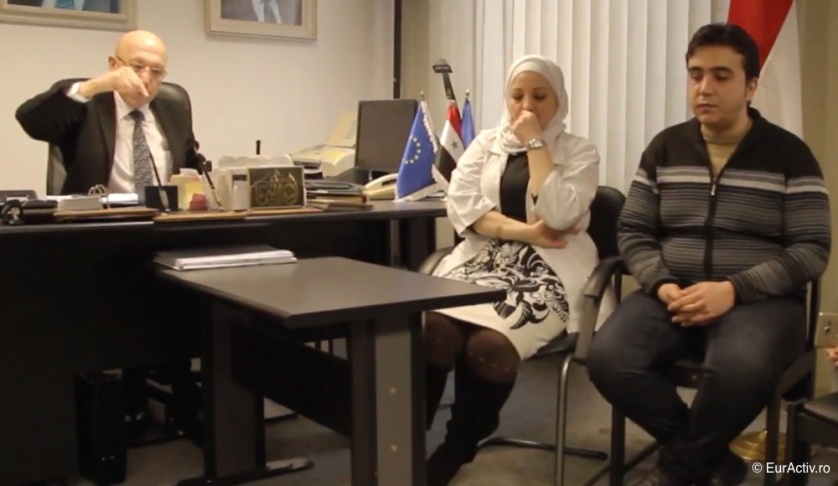 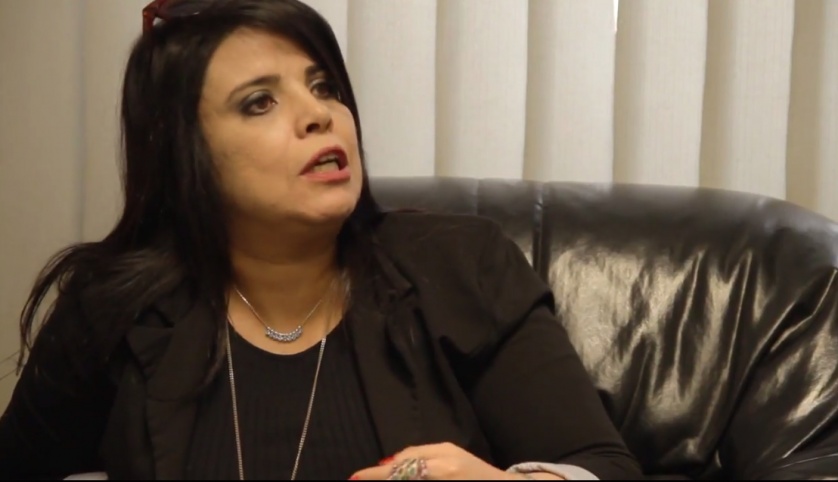 Amal rembers the life she had in Syria 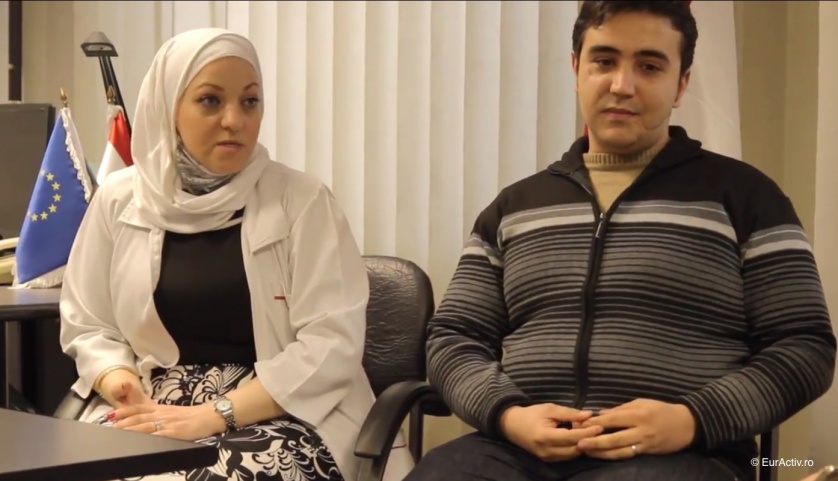 ”In Syria, everyone could have leaved in peace.” 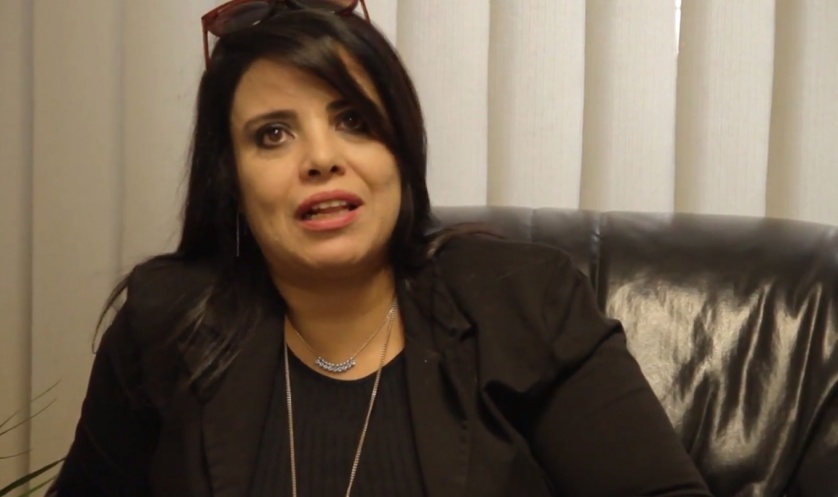 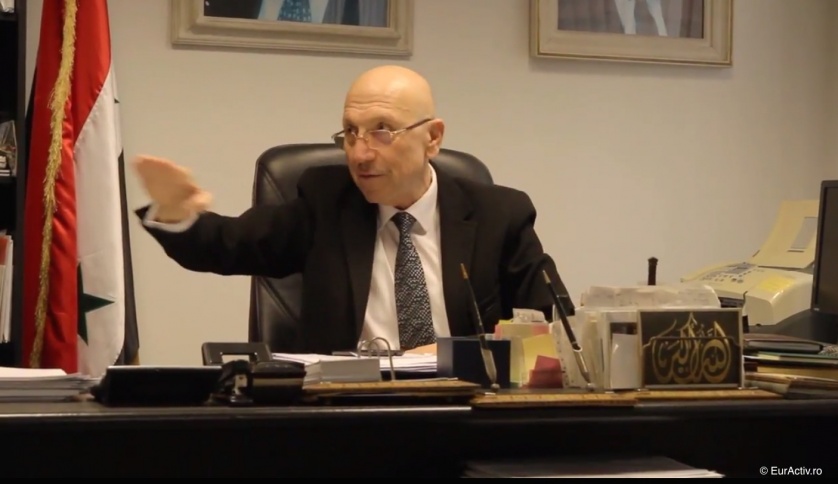 ”Syrians and Romanians are brothers.” 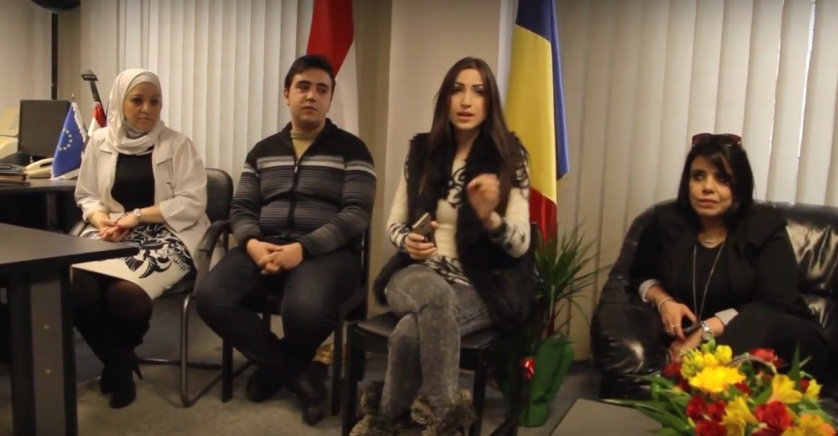 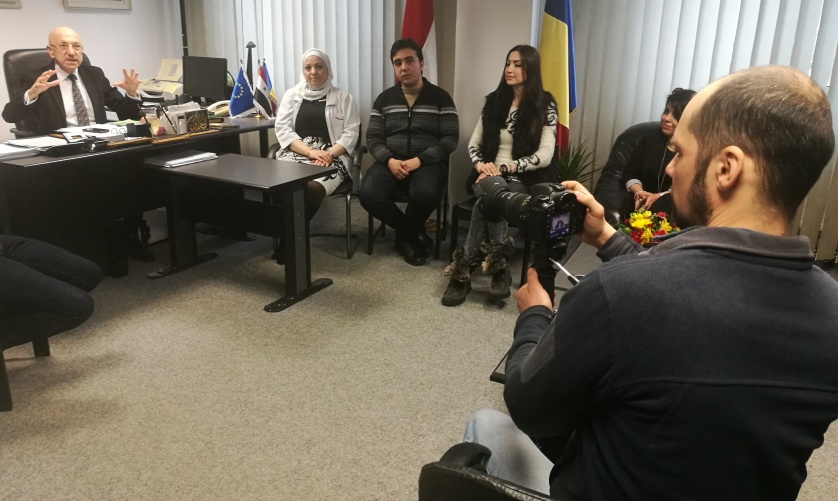