Tatjana tells us the story of two Syrian pregnant women who arrived in Serbia – a tragedy and a tale of hope.

Unofficially, every day, hundreds of refugees enter Serbia. Most of them hope to cross to Hungary and eventually reach the "promised land” of the West. Syrians, Iraqis, Afghans, and groups of several other nationalities arrive here each day only to get stuck in the endless waiting lines at the border with Hungary. This small state with European aspirations is simply overrun. The refugee centers are full. The streets are full. The heart of Belgrade looks like a post-war zone.

Tatjana works at Save the Children in the capital city. She has seen many things, more than most of us can handle in our entire life time.

Several days before we met her in a twenty-four seven center, a Syrian woman gave birth. The baby is healthy and very relaxed. Tatjana, however, is not. She fears for the refugees. As the winter approaches, she knows that most of them will find shelter in old abandoned warehouses – surrounded by garbage, no windows, just old roofs waiting to collapse over their heads.

We visited them in November, but in January, snow and frost struck Belgrade with a force unseen in the last decade or so. The landscape transformed in a post-apocalyptic work of fiction, a frozen hell - hundreds of people shriveling of cold, wrapped in blankets, carrying their tired bodies over the snow, reaching out their hands to find a warm meal. Taking a bath has become an extraordinary event, taking place out in the open, at minus many degrees, in a heated barrel.

No one knows how many of them have gotten through the winter.

Europe has no clear plan yet. All over the continent, in buildings with starry flags, time flows differently.

Video - The UNCOUNTRIED: The killer route to hope

Reporter: What kind of cases do you have at the center?

”...even in these difficult circumstances, life goes on and beautiful things are happening.”

Tatjana: At this moment, we have a 3-day old baby with her mother in the corner (the mother & baby corner of the Asylum Info Centre). The baby was born in Belgrade. This is a family from Iraq. They have been travelling for a long time and the woman was pregnant during the journey. She gave birth when she arrived in Belgrade. Her family was here in the Asylum Info Centre with our team, while she gave birth.

Tatjana: She gave birth in a hospital and her family was here, with the team. When they learned that she successfully gave birth, and that the mother and baby were both feeling well, the family celebrated, dancing and singing, and they also brought some sweets and juices to share with the team. So, even in these difficult circumstances, life goes on and beautiful things are happening.

"…not everybody feels well after arriving in Belgrade, after this terrible journey.”

The woman who gave birth is very fortunate, because not everybody feels well after arriving in Belgrade, after this terrible journey.

Today, we had another woman travelling from Syria. She is 8 months pregnant, but her baby is actually not well. The family travelled across the sea, they boarded a rubber-boat in Turkey, to arrive to Greece, but the boat turned over and three of her children died. She continued her journey to Greece - while being pregnant - with the only child left and her husband. After spending a couple of months there, they arrived in Serbia, but… There are consequences - trauma - to these terrible events. So, actually, the baby is not feeling well. The doctors will have to terminate her pregnancy. So, the woman had to leave for the hospital. Our team helped her to get to the hospital and the husband and the child are accommodated in an Asylum Centre, near Belgrade, in Krnjaca.

Reporter: What about the others?

"…many of the people who arrive need medical assistance”

Tatjana: Most of the people who are now arriving in Serbia are in very bad shape. They are visibly in bad shape. They arrive wearing dirty clothes, with pain in their bodies, with scars, because they travelled through woods. Many of them have scars on their faces and bruises on their hands.

We can see that many of the people who arrive need medical assistance. They can get it in Micksaliste or in the regular Serbian hospitals.

Also, what we are seeing now is a huge problem with body lice and scabies. These people have been traveling for a long time, or they have stayed in camps for many months in bad conditions in terms of hygiene. This has become a serious issue in Belgrade, especially with the population that is staying out in the open. Over a thousand people - mostly men - are staying in the park and in abandoned buildings close to the train station. They don’t want to leave the park because they want to stay close to the smugglers, because they rely on smugglers to take them across the border. Many of them are ill.

The worse thing is that there are many children among these over a thousand people who are sleeping outside and they are very vulnerable. Those are the ones who need support and help.

"The refugees and the migrants who arrive in Serbia, they are in transit.”

The refugees and the migrants who arrive in Serbia, they are in transit. Now, they are staying here for a longer period of time, but most of them are in transit. They plan to continue their journey. From the beginning of the crisis, this was the case.

End of Part I 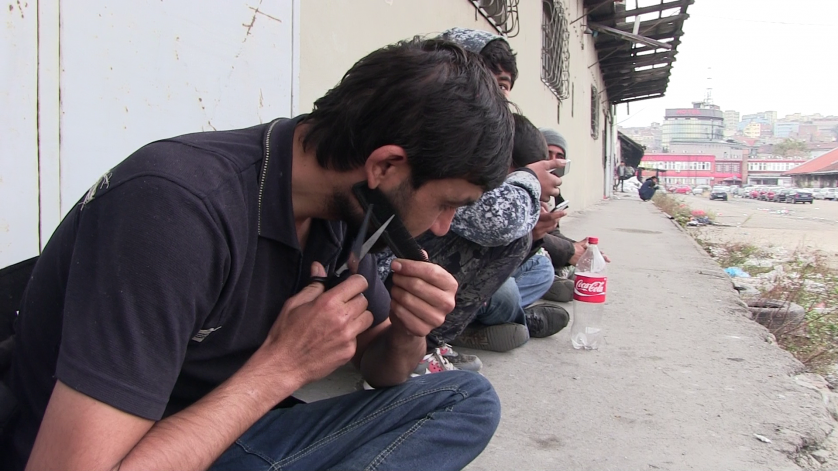 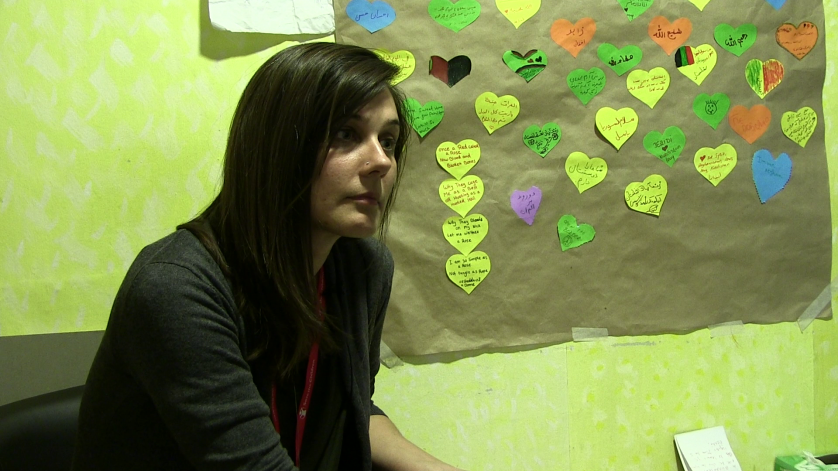 Tatjana, Save the Children, tells us two stories 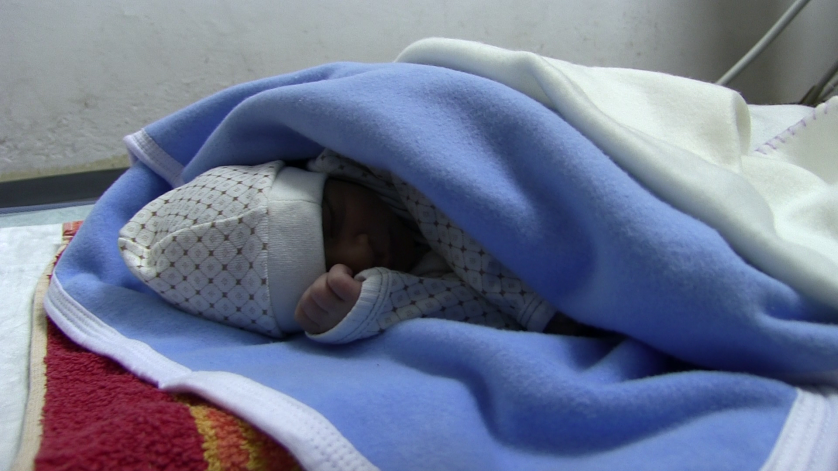 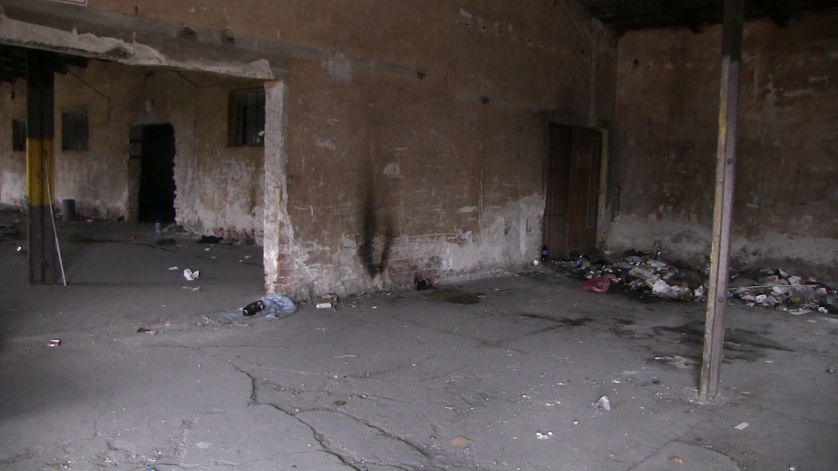 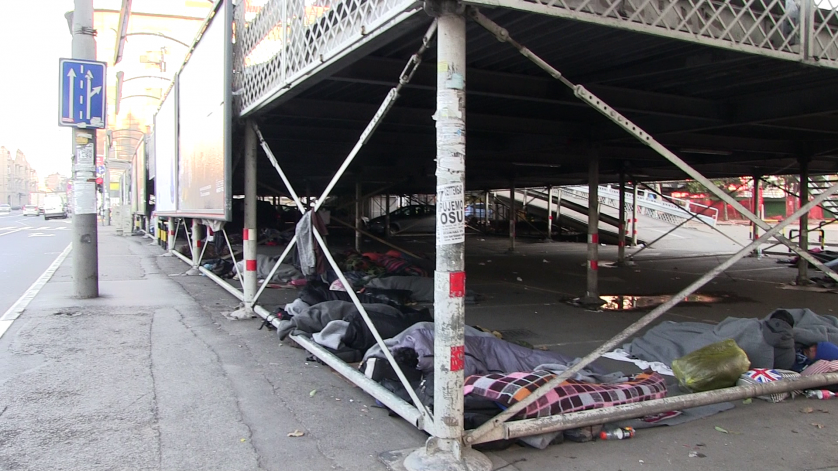 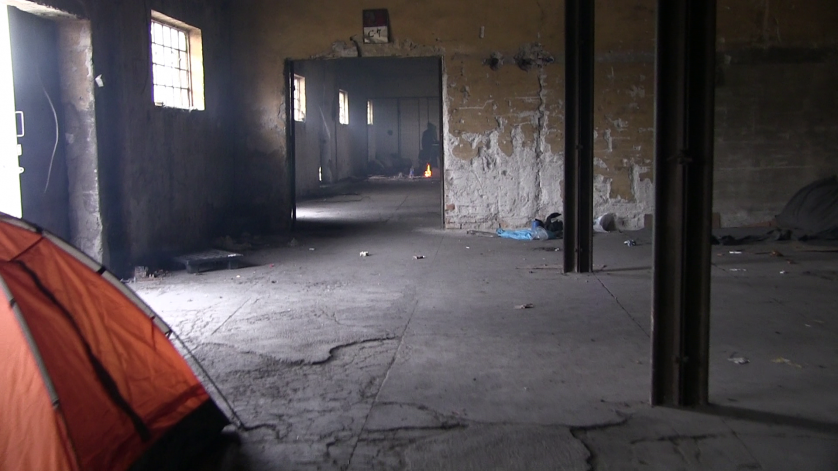 Abandoned warehouse – refugees are making a fire in the background 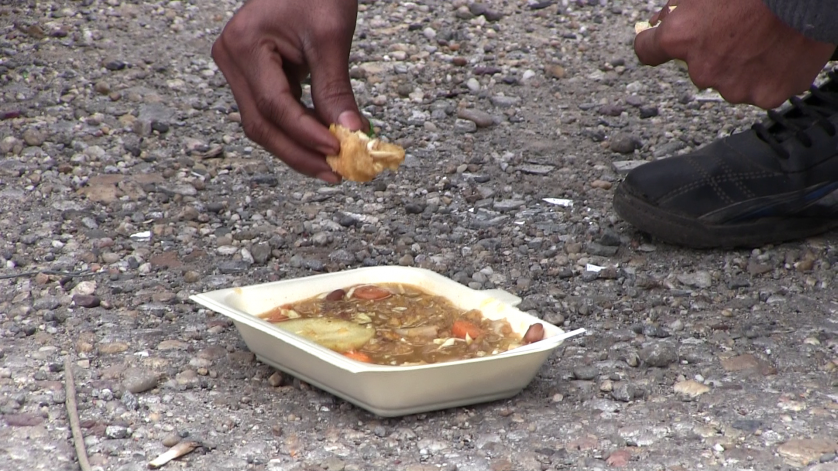 Eating on the street


The route used by refugees coming from the Middle East to Europe has not closed after the migration peak of 2015. The only thing that has happened is that the number of people reaching the wealthier and opportunity-filled West has dropped, as the route has gotten significantly harder than it was during the more favorable context of a few years back.